“How many ages hence shall this our lofty scene be acted over in states unborn and accents yet unknown! So oft as that shall be, so often shall the knot of us be call’d the men that gave their country liberty.”  (Cassius)

When Shakespeare wrote those words in 1599, he could well have imagined our current age of political anxiety. Julius Caesar is a play about the human condition
and how history repeats itself and the consequences of political overthrow, the dangers and virtues of charismatic leadership, the public role of responsible citizens which demands that each generation view these themes through the prism of their political and cultural moment.
This production tells a compelling and moving story of ferocious political hardball which throws what was thought to be an ordered world out of balance and puts a unique emphasis on the collateral damage that is inflicted through assassination and revolution.
There have been countless productions of Julius Caesar over the centuries and countless different theatrical ways of presenting the inner truth of the play.

Peter Schneider’s concept has expanded two characters who are not prominent in the original play: a young and impressionable Lucius, who is carried into fatal consequences by the mistakes of men; and the Soothsayer, who is the portal between the real world, anchored by the use of the media, and the surreal world, which represents the timeless arc of human history.
Peter Schneider has worked with a group of young talented Romenian artists who have created a provocative and contemporary visual language that moves fluidly between reality and surreality. The cast of the Marin Sorescu National Theater gives voice to unexpected, surprising and shocking images in which sets, costumes, film, movement, music and choreography tell a timeless story within a deeply emotional and engaging environment. 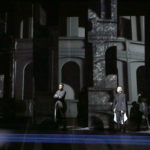 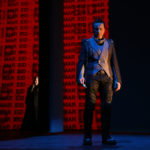 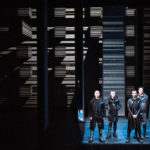 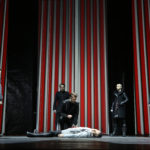 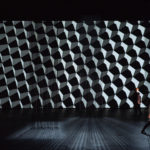 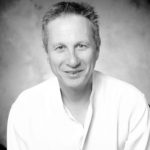