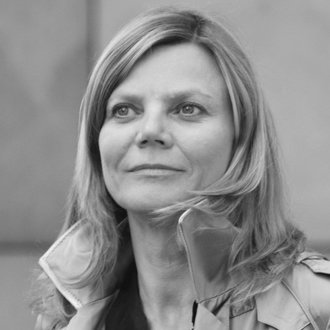 Dominique Lemonnier, alias Solrey
violinist, artistic director & director
Leading the Traffic Quintet which she created in 2005 to explore the world of film music and art video, the violinist Solrey changed the traditional perception of the classical chamber music into a visual and global experience. It is a very personal path that she has now opened. After the success of Nouvelles Vagues, in 2007, an homage to French film composers, Divine Feminin in 2010, an in-depth search for timeless heroines with music by Bernard Herrmann, Alex North, Jerry Goldsmith, Pascal Dusapin. Her third opus Eldorado, in 2011, was a journey through the American dream with music by Miles Davis, Duke Ellington, Philip Glass, and her last show in 2013 Quai De Scènes a tribute to Alexandre Desplat. All creations have been shown at the Cité de la Musique, Théâtre des Bouffes du Nord, Philharmonie de Paris, Festival Musica à Strasbourg and in the most famous festivals as Festival de Cannes. After her studies in Paris then in the United States, she comes back in Europe and performs with famous orchestras (Orchestre Philharmonique de Radio France, Ensemble Instrumental de Lausanne, Ensemble Mosaïques, European Camerata...). Driving by her free spirit and her continuous curiosity, she regularly plays with musicians coming from various worlds such as jazz, tango as well as cinema and theater with André Engel, Georges Lavaudant... and records most of the scores for Alexandre Desplat as concert master (violin solo).
In 2010, after a tragic brain surgery causing hemiplegia of her left hand, Solrey was back on stage successfully incredibly enough after hard years of daily therapy. But in 2015, she decided to interrupt her violinist career and to focus on the stage direction for all music forms, symphonic, chamber music, opera and to direct musical movies.
Her first film on the concert pianist Alain Planès, l’Infini Turbulent has been selected by Fifa at Montréal and by the Lisbon Festival, also showed on Arte concert and at the Fundació Joan Miró. She is directing a new serie of films on Beethoven Sonatas for piano on historical instruments. Yes, the eye listens, the ear sees: Solrey knows the secrets of music and stage. Like an alchemist attentive to their possible echoes, she combines music, light, image, reminiscences, silences… 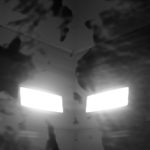