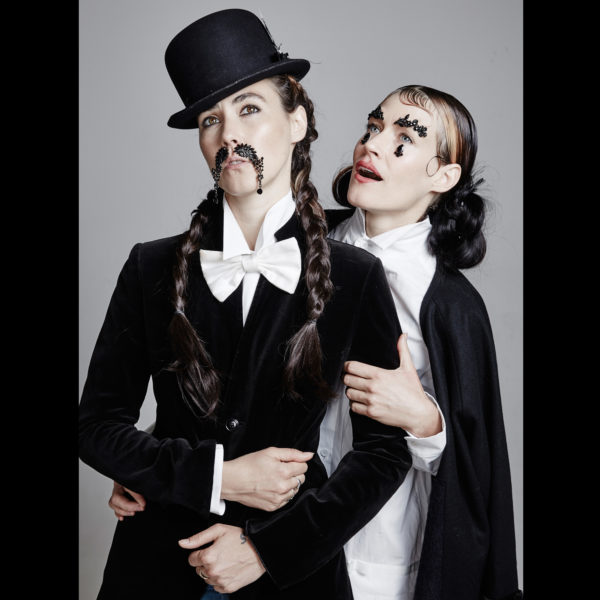 CocoRosie is the music-based project of American cross-disciplinary performance artists Sierra and Bianca Casady. They sing eye-opening accounts of unsayable things, yet their music ultimately celebrates a spiritual freedom attainable in the purely natural world. Their songs blend a myriad of styles and references, from hip-hop to folk and opera, shaping the most painful of experiences into memorable and evocative pop songs. Taken as a whole, CocoRosie’s music is an ongoing psychologically intimate dialogue between the siblings. Each sister has multiple personae and vocal styles; Bianca delivers troubadourian-style-rap while Sierra often responds ethereal tones, as well as playing a range of instruments including the harp, piano, and guitar. A quintessential part of their sound is a percussive landscape made using children's toys and other found objects which adds a particular nostalgia to their songs.

In their fifteen years as CocoRosie, the sisters have released six albums and are going to release a 7th this year: Heartache City (2015), Tales of a Grasswidow (2013), Grey Oceans (2010), The Adventures of Ghosthorse and Stillborn (2007), Noah’s Ark (2005), and their first album La maison de mon rêve (2004) – each one inspiring controversy and debate in equal amounts to praise, such is their fearlessness and willingness to take risks with their art. This creative vision runs through every aspect of their work - from videos to live performance utilizing theatrical costumes and make up which they create alongside each new body of songs.

Finding expression for their ideas in other disciplines beyond the traditional musical parameters is paramount to the sisters - and often a source of inspiration for their songwriting. In addition to their album tours and festival performances worldwide, Bianca has had several solo art exhibitions internationally including shows at Deitch Porjects in 2007 and Cheim & Read Gallery in 2012. Bianca has now directed three plays including NightShift (2012) at Kampfnagel in Hamburg, Germany, Mother Hunting (2015) at the National Theater in Oslo, Norway, and The Angel Show (2017) at the National Theater Academy in Norway.

Sierra created “Soul Life,” an opera staged at the Donau Festival in Krems in 2012 and has arranged and performed music in collaboration with the likes of the Symphony Orchestra of Amsterdam, The ICA in London and The Sydney Opera House. Currently Sierra works on a lead role in a opera written and directed by her sister and composed by both that will premier at the Manchester International Festival.

Most recently and aside from the completion of their seventh album, CocoRosie has composed original scores for four full-length theatrical works by Robert Wilson: Peter Pan, Pushkin's Fairy Tales, Edda and Jungle Books and soon they will collaborate on The Tempest in Sophia, Bulgaria. They also debuted a collaboration with the Kronos Quartet playing at their Jazz Festival in San Francisco two years in a row a new body of songs that will soon result in an album with the Kronos. 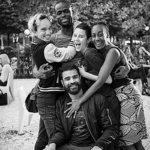