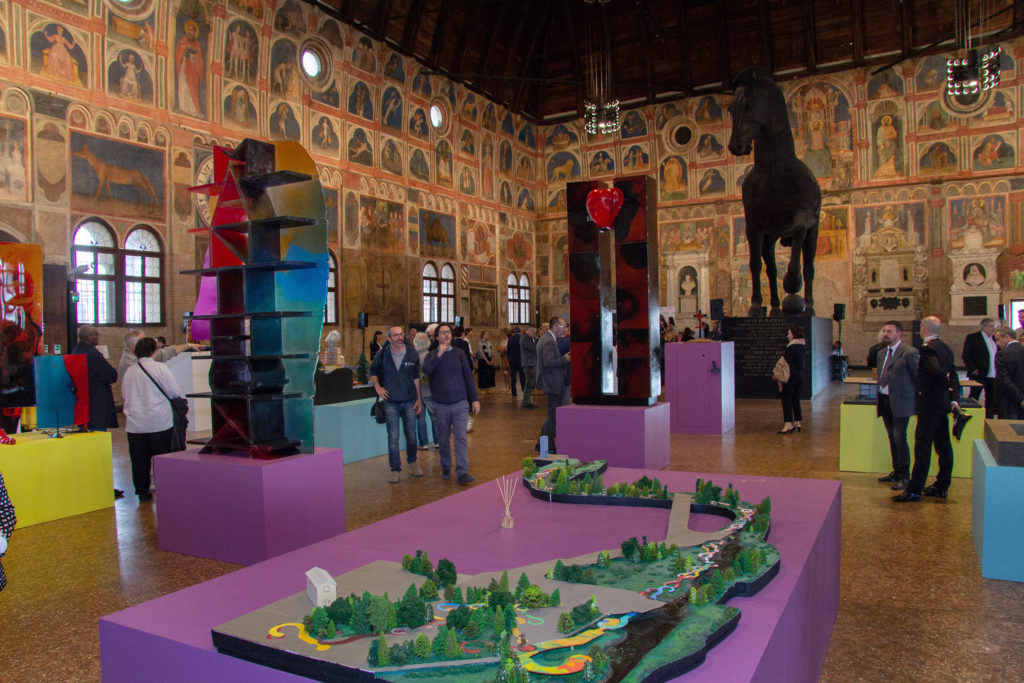 The Multidisciplinary Age is an exposition project thought out by Gaetano Pesci for Padua, city to which he has been connected by a feeling of affection since his youth, and at the same time ‘custodian-city’ of invaluable works of art belonging to our cultural and artistic heritage. “It was a dream of my young years, it is a reality of my advanced age”.
In the sumptuous frame of Palazzo della Ragione (‘The Palace of Reason’), this retrospective tells the long and ultra-productive story of Pesce’s career, through the fil rouge of a multidisciplinary approach, that has characterised all his artistic production and that he learnt from the richness of Renaissance works. Despite the obvious differences in language, he was moved by the same curiosity. “It is this, whose symbol is the question mark, that the stranger investigates (and not the other way around, as it [the mark] has already been revealed)”. And it is, in fact, curiosity, as intellectual stimulus, as engine of innovation, as experimentation with new materials, shapes, figuration and reflexion upon a place’s incarnated values, that runs through the whole exposition.
The visitor walks through the world of Gaetano Pesce in random directions through the over 200 works, which are displayed in a non-chronological order and tell of 60 years of creative work. Everyone can choose their own path and, stimulated by their own curiosity, undertake a journey through historical works of art. Icons of the last century, original architectural projects, little models of chairs that have been exhibited in the most important museums in the world, but also models of experiments that have never become finished products, designs, samples of innovative materials, lamps with social messages, armchairs that comment on the reality of our time and wardrobes that tell a story. Opening their doors, you can explore, with the help of a torch, the inside of the base, to discover more works.
All this is the world of Gaetano Pesce, that places curiosity even at the centre of two architectural urban projects of great originality and depth dedicated to Padua: Passeggiata per Padova (‘Walk through Padua’), 2015 and Padova onora Galileo (‘Padua honours Galileo’), 2015. This last one is being presented for the first time to the public especially to mark the occasion of this exhibition.

On the outside, at the front of Palazzo Moroni, site of the Town Hall of Padua, as a continuum of the dialogue between of the artist and the much beloved city, two imposing works: La Maestà Tradita (‘Betrayed Majesty’), a sculpture that reminds us of ‘martyr’ women, recurrent theme in Pesce. And a crucifixion, the famous Italia in Croce (‘Italy on the Cross’) of 1978, exposed at the Biennale of Venice in 2011 inside the Padiglione Italia (‘Italy Pavilion’).

Gaetano Pesce (La Spezia, 1939) was raised in Padua. He studied architecture at the IUAV, University of Venice.
Pesce worked under seminal architects such as Carlo Scarpa at the university and in 1959 joined ‘Gruppo N’ in Padua. He is an award-winning Italian architect and designer whose pioneering work in 50 years has been iconic.
Pesce’s work is characterized by the use of diverse materials, organic structures and natural forms, built-in individuality, and bright colors.
The works in glass on show are part of a series made at CIRVA (Centre of Research for Glass) in Marseille from 1988 to 1992, along with some recent works in resin.
A retrospective of his work was opened at the Centre Pompidou in Paris in 1996; another one at the MAXXI Museum in Rome in 2010; a solo show at Museo del Vetro in Murano in 2017 with the same series of works that are now presented here for Design Miami / Basel.
Gaetano Pesce’s works are exhibited in many museums and collections, such as: Museum of Modern Art, New York; Metropolitan Museum of Art, New York; Cooper-Hewitt Smithsonian Design Museum, New York; Philadelphia Museum of Art; San Francisco Museum of Art; Victoria and Albert Museum, London; Vitra, Design Museum, Weil am Rhein, Germany; Danish Museum of Art & Design, Copenhagen; Centre Pompidou, Paris; Musée des Arts Decoratifs, Paris; Triennale Museum, Milan. 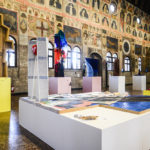 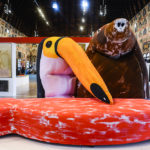 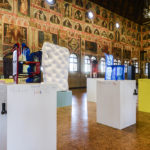 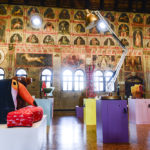 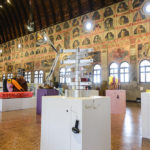 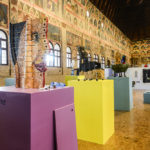 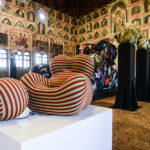